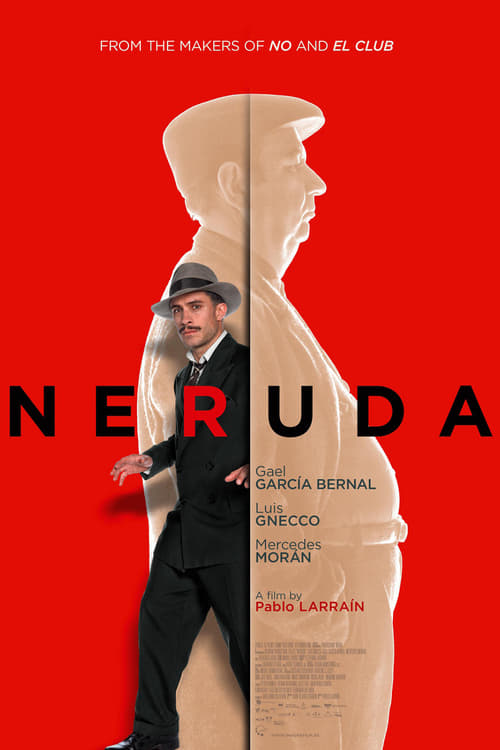 It’s 1948 and the Cold War has arrived in Chile. In the Congress, prominent Communist Senator and popular poet Pablo Neruda accuses the government of betraying the Party and is stripped of his parliamentary immunity by President González Videla. The Chief of Investigative Police instructs inspector Óscar Peluchonneau to arrest the poet. Neruda tries to escape from the country with his wife, the painter Delia del Carril, but they are forced to go underground.